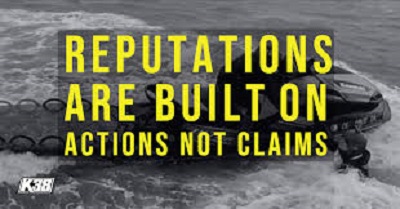 Leaders Should be Humble

If you want to be a real leader, then you have to understand the fundamentals of confident leadership. Some people seem to be natural leaders. That is a myth. Those who appear to come by it naturally have actually studied leadership throughout their entire lives. Maybe they did not take a course in confident leadership. Instead they observed the habits and traits of great leaders. They watched others who were in leadership positions. And just as importantly they watched the reactions and behaviors of those being led.

Leadership Is a Science

Leadership is a science. It involves motivation individuals to work toward a common goal. Often times the goal is not even in the subordinate’s immediate self-interest.

Combat is the perfect example. A military leader must inspire them members of his or her unit to risk their lives for a mission they might not even fully understand. It takes more than giving an order to be an effective military leader.

The first trait that every good leader possesses is that of wanting to be of service. Confident leadership is not about being in charge. Being in charge is a result of being a leader, not a goal. A real leader wants to serve the best interest of every member of the unit or organization so that each member feels the need to contribute at the highest level.

Don’t Be an Arrogant Leader

Too often people in leadership position are arrogant. Apparently the United States Army has decided to address that issue with new directives. This article gives a great explanation of just how important the trait of humility is in a leader.

Without the right degree of humility a leader can easily alienate subordinates. Once this happens there is no coming back. Once a leader holds that position over the members of the organization those members lose faith in that leader.

If you want to be a confident leader remember that you are not better than your team just because of your position. Look to them for support by being of service to them. That will pay off. Learn more about the foundation of leadership on this podcast.