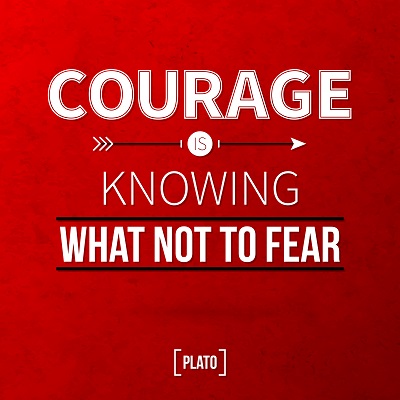 When I was in seventh grade at St. Thomas More parochial school the principal Sister Catherine Patricia came to me with a task. It ended up being one of the most meaningful tasks in my life. It didn’t start that way. In fact, when she told me what I was going to have to do it sent feelings of panic through me. In time it gave me a new perspective on a couple of things that a seventh grade boy might never have considered. Illustrative of how meaningful it was to me is that I still talk and write about it to this day.

Let me tell you about that day.

Michael Bahr was a second grader. He was small and didn’t look like the rest of us, as if the rest of us looked a certain way. Michael Bahr had Down syndrome. In those days, especially in Catholic schools, there was no special ed. We were Catholic after all and in God’s eyes we were all the same.

Now I was told that God thought that way, but I knew that the other kids, me included, knew that Michael was not the same as we were. He was different. He was, to use an ugly phrase of that time, “retarded.”

Because of our age difference I did not have any interaction with Michael. I just saw him around school. To my recollection he was the only student with Down syndrome in our small parish school.

It seemed that on this one day Michael Bahr had misplaced his lunch bag. It was my assignment to take him around to each classroom and ask if anybody found it.

Oh, no! I was going to have to walk around the entire school, from classroom to classroom, and let the other students see me with this kid? What an embarrassment. I would be humiliated. The other kids would laugh at me and later tease me about being with a … , well, you know.

Sister Catherine Patricia had Michael standing by her side. He clung to her hand. It was a snowy winter day. Michael looked like a cartoon character. He had on a plaid winter coat, what seemed to be over-sized rubber boots, corduroy pants and one of those hats that has the flaps down over the ears framing his face and the large, thick glasses that constantly slipped down his runny nose.

Grin and Bear It

He stared blankly at me with a sort of grin.

I had feelings of panic and fear and apprehension and shame and oh too many other emotions to even recall. But I knew that was the last thing I wanted to do.

Sister took Michael’s hand and put it in mine and then sent us off.

I have no idea why she chose me. I was probably just passing by as the need occurred.

I would go to each classroom and be ushered in by the nun in charge. Each of the nuns seemed to know why we were there. I guess there was sort of a nun network. Each one would take us to the front of the classroom and tell them to listen.

Now why each sister in charge of the classroom could not have made this announcement without Michael Bahr, or especially me, being present I don’t know.

I would stand in front of each class and say, “Michael Bahr can’t find his lunch. It was in a brown paper bag with his name on it.”

And almost as if on cue Michael would blurt out in a nasally tone “and it had one sammich in it.” That line always drew a snicker and giggle from the class.

I would then continue, “If you find it please take it to the principals office.” We would then leave.

This went on for each and every classroom. Michael and I would walk in, both say our piece and walk out, all the time him clutching my hand and looking up at me blankly but with a sort of grin.

Suddenly It Was Different

I don’t know when in the course of these events it happened, but in a subtle way I felt we were on the same team. This was just a kid who was worried about not having his lunch. That seemed a whole lot more significant than worrying about whether I was going to be laughed at.

By the time we were through I was not only his spokesman, but I also felt like his advocate. As we approached each successive classroom, I felt that I was not only making an announcement, but I was also telling the others students to actively be on the lookout for Michael’s lunch.

After the last classroom I took Michael back to the principal’s office and returned to my class. I walked away struggling with the feeling that I had developed an affection for Michael. I never did learn if anyone found Michael’s lunch. I am sure the nuns fed him in the cafeteria if it wasn’t found.

I would see Michael around school. He never did acknowledge me as someone he had ever met. He was, after all only a second grader and I was a seventh grader.

Summer came. We all enjoyed our vacations. In September we returned. I was now an eighth grader. It didn’t get much better than that. I don’t remember how much time passed before I noticed Michael Bahr’s absence. I did not see him around anywhere.

I saw Sister Catherine Patricia in the hall one day and inquired about Michael. “Oh, Wayne,” she said. “Michael went to heaven over the summer.”

It was as though all the air was suddenly sucked out of the room. I was confused, angry, sand sad all at the same time.

I processed that information all day and into the night. It was at that moment that I lost all fear of death. I knew that if that little boy who was so vulnerable, so fragile, so delicate could endure death then I could too.

I know this makes no sense. It doesn’t have to make sense. It altered my perspective on death and I hold that belief to this day.

I have faced situations in my life where death was a distinct possibility. There was always a total absence of fear of dying.

This story is in honor of Michael Bahr, a young child with Down syndrome who turned out to be one of the most influential people in my life.

Bring value to your next event by having me as your after dinner speaker. If you would be interested in a conversation about how I can help make the event a real success, contact me.