Do I Need A Silk Suit? 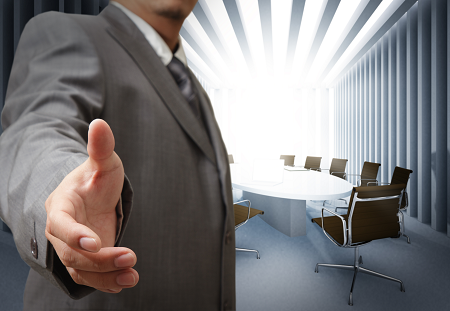 Should I Have Purchased That?

Have you ever bought something you really wanted and then almost immediately felt uneasy about it?

Back in 1984 I settled a high six-figure personal injury case and decided I would give myself a treat. Sam Cavato Menswear was located in the toney Plaza Frontenac shopping mall. It is in and near the very wealthy suburbs of St. Louis.

After looking around I found the perfect Italian silk suit. It was made of an extremely light weight fabric and the grey tones were the right color. After a little work by their tailor the suit fit perfectly.

I couldn’t wait for the right opportunity to wear the suit. I didn’t want to wear it the first time for just a routine day at the office. That wouldn’t work. I needed some special event. And one presented itself soon enough.

I was going to go to a big law firm that afternoon for depositions. This suit would send the right message.

I had never spent that much money on a suit before. It was more money than I could have ever imagined spending on a suit. As I look back now, I realize that I didn’t want the suit so much because it was a great suit. I wanted it because I wanted to tell myself that I wore expensive suits. In fact, it was more an ego purchase than a wardrobe purchase.

Still, I did look good in it. It got all the right “oohs” and “aahs” when I arrived at the office that morning. The deposition wasn’t until 1:30 p.m. so I settled in to do some work.

At about 10:00 a.m. a woman I was dating called me. She was in a minor auto accident. The crash caused her fender to be smashed in against her tire and she needed a ride. They were towing her car to the dealership. She was about three blocks from my office in St. Charles. Being the great, accommodating and just simply wonderful boyfriend I was I told her I would come pick her up.

I arrived on the scene. The police were there making a report. Being a personal injury trial lawyer, I knew to bring a camera. I walked into the street and snapped a few pictures of both vehicles. Then I decided to get out of the street and onto the sidewalk before somebody came along and hit me with their car.

Between the street and the sidewalk was a strip of grass separating the two. I stepped from the street onto the grass and then went to step onto the sidewalk when I felt my foot start to slip out from underneath me.

I was over the sidewalk at that point. I was also holding the camera with one hand and had my other hand in my pocket. The only way I could prevent doing a nosedive into the concrete sidewalk was to go to my knees.

When I got up both of my bloody knees were showing through the legs of that beautiful and very expensive Italian silk suit. Three hours in the suit and it was in shambles.

It would be foolish to spend that much money on a suit and not have it repaired. I found a master weaver whom made the suit look almost as good as new.

I did get to wear the suit successfully one time after that. Because of the nature of the material it wrinkled easily. I threw it in the trunk of my car with some other clothes and headed to the dry cleaners. When I opened the trunk I discovered that before I closed the trunk some of the clothes had shifted. The pants of that expensive Italian silk suit had somehow been laying across the trunk latch and when I closed the trunk the top of the locking mechanism went right through the front of the pants.

You can hear this and others stories when you bring me on as your after dinner speaker. If you would be open to a conversation about me bringing value to your next event, contact me.