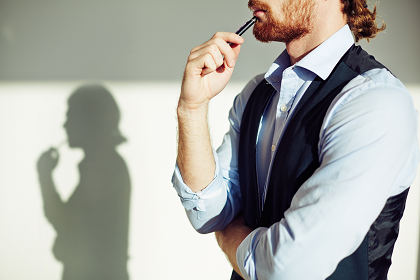 What Do You Want To Do?

One of the great advantages of being where I am in my career is that I have the ability to only do what I want. The irony of that statement is that I always had that ability. So do you. What holds us back from changing course?

Often it is fear of what others will think. Sometimes it is a financial decision. Other times it is just plain inertia.

Too often we find ourselves in situations that are not right for us. It can be a job, a career, or a relationship.

I have been an attorney for more years than I care to count. At one point, even though I was remarkably successful, I felt trapped. I became a hostage of my own success. I began to resent the fact that I could never find another career where I could make the same money I was making at the time.

It is funny now to look back on those days. I built my law practice from the ground up. It wasn’t by choice. It was a matter of survival.

In my third year of law school I got into a business deal with two other lawyers. They were both older and more business savvy than I. We made the deal on a handshake.

You guessed it. The deal fell through. But because of the prospect of that busines deal I had not interviewed for any positions with law firms. Now, here it was, the day of my last final exams  and I was learning that I had no job and no place to practice. I had no choice but to go out on my own and start a law practice.

I went to a small, rural town in Missouri and started meeting as many people as possible. One was a local lawyer who promised me he had so much business he could not handle it all. He offered me a place in his office with the promise of feeding me cases and clients.

Is This All There Is?

He was mistaken or lazy or both. He had hardly and business at all. And he sure did not have any to pass on to me. The first month I took home $63.00.

It took a while, but I eventually built a practice that was envied by many of my peers. I was handling high-profile cases for high-profile people. It was not that I did not like practicing law. I just felt I was not free to do anything else.

I was educated and intelligent. There were any number of things I was qualified to do. Did I have to live my entire adult life doing what I was doing?

I was a high-profile attorney. That was my identity. That is who I was to hundreds, if not thousands of people. My cases had been highlighted on the National news networks and in newspapers around the world. What would people think if I did something else?

The term life coach evokes a strong response in people. I know it did in me when a friend urged me to look into it. I thought it was a little flakey. But after hearing what a coach really does it seemed to fit my skills and personality perfectly. I became a Certified Professional Coach.

I will tell you more in the next post. Look for it within the week.