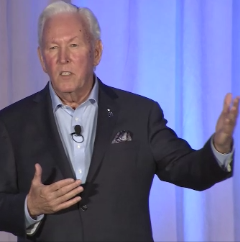 I Will Not Lose My Confidence

I went into the practice of law to help people. There was always something inside of me that made me feel that the justice system was weighted in favor of some while it was weighted unfairly against others. My confidence in the decision is unshakable.

I can’t tell you why, but I remember having those feelings as early as high school. It wasn’t that my friends or I were engaged in any illegal activity. My parents always encouraged me and my sisters to respect the police.

It just felt like my calling to stand up for those who needed a voice. That applied to civil law as well as criminal law.

It didn’t take me long to understand that lawyers who represented injured people seeking compensation, or criminal defendants who were charged with violating the law, were looked down upon by almost everybody.

I was hired by a young man, we’ll call him Seth. Seth was 25 years old. He worked as a bartender at a local casino and made good money. He was hard working and dangerously handsome. Women loved him. And being a young, handsome man who was living large he willingly accepted every benefit that gave him.

He had his own house and rented a bedroom to a roommate.

One night at a bar Seth and his roommate met some girls. There were two sisters in the group. Amy (not her real name) was the older one and Heather was her younger sister.

At closing time the group all went to Seth’s house. Seth ended up in his bedroom with the Amy, they had sex and then Amy came downstairs wearing just a sheet. Her younger sister was horribly embarrassed by Amy’s behavior. Heather insisted they leave and made a bit of a scene. Seth walked them to the car and bid Amy farewell. They drove off.

It wasn’t until the next afternoon when a police officer showed up at Seth’s house did anybody say anything about rape.

Now, I know that right now some of you are feeling uncomfortable about me because I represented a young man charged with rape.

Let me tell you how pervasive that attitude is and how it impacts me and how I have to have the confidence that I am doing the right thing and how that confidence is unshakable.

I was invited to speak to a group of meeting planners in Austin, Texas. My career as a professional speaker was just starting out. The lady who organized the event was so excited when I finished she could hardly contain herself. She asked if she could drive me to my hotel rather than my take an Uber.

On the way she brought up the subject of me being a trial lawyer. As we spoke I mentioned that I was scheduled to go to trial as soon as I returned to St. Louis. She asked what type of case and I told her. It was a rape case.

She did not talk to me the rest of the journey. Her face stiffened, and she stared straight ahead. She barely could squeeze, “Goodbye” from her lips when we got to the hotel.

I Have Confidence in You

He looked at me and said, “Mr. Schoeneberg, I will not plead guilty to something I did not do. I have confidence in you.”

The trial lasted two days. The “victim” got on the stand and told her story the first day. Her sister told her story. At the close of the first day one of the court personnel pulled me aside and said, “That is the biggest bunch of lies I have ever heard.”

After a two day trial the jury retired to deliberate and came back in less than 10 minutes with a not guilty verdict. They told the bailiff that they would have been back quicker, but they had to use the bathroom.

The meeting planner in Austin has never returned another email or phone call. I will never get a booking or referral from her.

Do You Want Unshakable Confidence?

Can you say that? If you can, you will be unstoppable.Keep in mind that confidence is developed through practice.

If you would be open to a conversation about how you can create a Culture of Confidence® in your life, business or organization, contact me.