How Can I Tell If He Is a Police Officer 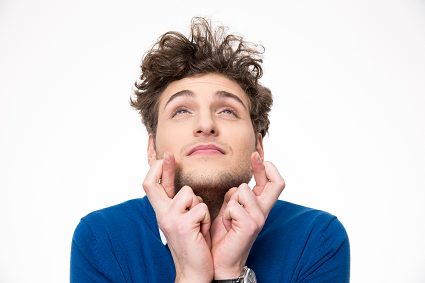 One time a man came to me for representation in a Federal drug distribution case. He and his buddy were charged with selling a kilo of cocaine to an undercover agent. For those of you not familiar with the metric system a kilo or kilogram is 1000 grams or 2.2 pounds.

But there was a pretty good profit margin for the buyer if he applied himself. At that time cocaine was selling on the streets for about $100.00 per gram. You could buy an 8 ball for $300.00. And 8 ball is 1/8 of an ounce or 3.5 grams. So that was a popular way to sell it. The street buyer got about half a gram at a discounted price.

You learn a lot of interesting but not really useful stuff as a trial lawyer.

So, if the buyer of the kilo didn’t cut it, and that is unlikely that he wouldn’t, he could sell his thousand grams individually and gross $100,000.00. That does not take overhead and shrinkage into account. You had to package it into little bags to sell it and it took some distributors to move that much cocaine. If he sold it all in 8 balls it would come to about $85,000.00 before expenses.

Most dealers increased the volume of their product by adding substances to it. Baby laxative was a favorite. It looked just like cocaine and had no perceptible taste. That was called cutting or stepping on it. That increased your volume and weight. Depending on the dealer they would add anywhere from ten to twenty five percent cut. The more cut you added, the less the strength of the cocaine and the more dissatisfied your customers were.

So my client was basically an importer. He got his product from Mexico. Depending on the market at the time he might buy a kilo for $2000.00 if the market was flooded, more of there was a shortage.

Now before that advent of the dark web, buying and selling drugs was always done in the shadows. There was no place you could go and look up the local drug dealer. It was always a situation of one guy telling another about another guy who knew someone who either wanted to buy to sell drugs.

Getting To Know You

There were always people in those circles who were known to one another.

Eventually you get so well known as a seller or distributor that someone you know gets busted. And they know that you are a bigger fish than they are. And they also know that they can get something in return for setting you up. Believe me, it happens all the time.

My hero got introduced to a guy who said he wanted to buy some cocaine. The guy held himself out as a player and told my client he could easily move a kilo if my guy could provide it.

Now those deals never go down at the first meeting. There has to be some social interaction to build trust. I mean you can’t just sell a kilo of cocaine to some guy you just met. So you get together a few times, have some drinks, swap some stories and bond.

And that’s what happened here. My client, his partner and this new buyer spent some time getting to know one another. Finally the deal was set up.

They were going to meet at the Drury Inn across from the airport and swap the drugs for the cash.

Is There A Problem?

A few days before the buy my client felt that there was something wrong. He couldn’t put his finger on it, though. He talked it over with his partner. Was this guy a narc? They both just had a bad feeling. So, they developed a plan to find out.

At the last minute they would raise the price for the kilo by $2,000.00. If the guy balked at it and tried to go back on the deal, or say he didn’t have the money then they would know he was okay and would sell to him at the original price.

But if he agreed to the higher price at this late in the deal that would be a signal to them that this guy was a narc. I mean nobody in the drug business would put up with a last-minute price hike.

And so at the last minute when they announced that the price was now $18,000.00 the buyer agreed to pay it. And, using their best judgment, they sold it to him. Yes, they ignored their plan, sold they guy the cocaine and promptly got arrested.

He was in fact an undercover Federal DEA agent because nobody in the drug business would have put up with that.

Let me help make you a winner. Contact me about being the after dinner speaker at your next event. Your attendees will hear some funny stories, be entertained and leave with smiles on their faces.