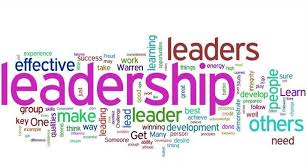 Leadership speakers tell a certain story so often that it has been accepted as true and has become part of our culture of belief. The problem I see is that the story has become so common place that these speakers are just repeating something they heard someone else say. They do not really know the origin of the story or the facts.

It is about the Spanish Conquistador Hernon Cortes. He was the military leader who is responsible for the fall of the Aztec Empire. His efforts resulted in a large portion of Mexico coming under the control of the then King of Spain.

In early history the conquistadors were lionized as great men. As time passed and mores changed conquistadors often became the subject of criticism; being seen as evil men who wiped out civilizations in the name of colonization. On that subject, I am taking no position. I want to talk about leadership speakers.

Leadership speakers love to tell their audiences that Cortes landed his 600 soldiers in Veracruz, Mexico in 1519 with the intention of conquering new territory and upon landing ordered his men to burn the ships as a way of demonstrating that there was no option other than victory. This is cited as an example of good leadership.

I have two problems with this.

First of all the story is inaccurate. The factual flaw is that Cortes did not burn his ships, he sank them. He ordered the fleet scuttled in order to fend off a mutiny. Some of his men, those who were still loyal to Diego Velázquez the Governor of Cuba, wanted to return to Cuba. Time does not allow me to go into the political battle going on between Cortes and Vlezquez. But it was very possible that had Cortes himself returned to Cuba he would have been executed.

So, he decided to stay. When he heard about the conspiracy to have some of his men return to Cuba, he gave the order to sink the ships claiming they were not seaworthy.

Just so we are clear here, the ships were sunk, not burned.

It is believed that the story went from sinking to burning because of a faulty translation from Latin somewhere along the line. Some attribute the burning story to Spanish writer Cervantes de Salazr in 1546. Either way, the story as so often told as an example of great leadership is being conveyed incorrectly. That matters in ways I will point out later.

Sinking your ships, or as the “leadership speakers” so inaccurately say, “burning your ships” does not make you a leader. It makes you a dictator, oppressor or despot. Giving your charges no choice is not leading them. Instead it is forcing them to follow you.

Leadership is a Special Skill

Leadership involves putting yourself in jeopardy so that those in your charge will willingly do the same. You must lead by example. The people you are leading must know and believe that you are willing to take the same risks you are asking them to take.

Until and unless that happens, those people you are supposed to be leading will turn and run at the first sign of trouble. And why shouldn’t they? If their leader will not willing to fall in battle with them, why should they risk their lives or their careers?

Leadership is About Trust

Leadership is about trust. Any leadership speaker who is delivering inaccurate content runs the risk of destroying that trust. That speaker is subliminally stating that it is okay for a leader to be inaccurate. It isn’t.

Don’t let yourself be misled by leadership speakers who do not understand the concept. Anybody can call themselves a leadership expert. Not everybody can be one.