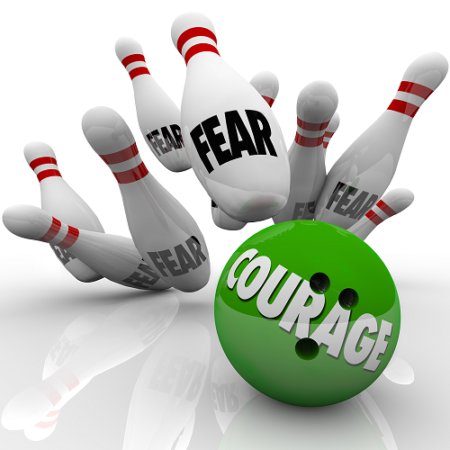 I Know I’ll Fall Over The Edge

I have always thought I was afraid of heights. But I was confused by the fact that I could fly small aircraft without having that feeling. I could look over the rail on bridges or tall buildings without fear. But I could not stand near the edge of a cliff or anything tall if there was no railing.

One day I was having lunch with a friend of mine who was a psychologist. He explained that I did not have a fear of heights, I had a fear of edges. That made sense.

Not long after that I decided it would be fun to skydive. I had never done that before and I was about forty-three years old. It was high time I check that off my list of things I didn’t need to do but wanted to do.

After some searching I found a skydiving business near Jonesburg, Missouri. It was about an hour’s drive to the west on Interstate 70.

My son was living in St. Louis at the time. He decided he would join me.

We drove to the airport in the morning, took all of the classes and then got ready for our jump. We were using sport parachutes, not the round chutes used by the military. The instructor checked each chute. We were all set.

I was the last jumper to get on the plane. They shut the door and we took off.

When it came time we would jump, wait ten seconds and then pull the rip cord. After the chute opened a man on the ground would communicate with us through a headset we each were wearing. The protocol for the was very much like landing a plane.

He would guide us into the landing zone much like an air traffic controller. We would first do a downwind leg, followed by a ninety-degree turn known as the crosswind leg and then another ninety degree turn to our final approach. The final instruction we would get was right as we were ready to land. We were told to flare. That meant pulling down on the parachute cords. That created a short cushion of air that helped the landing be successful.

I had hundreds of hours under my belt as a pilot. This would be easy.

On The Edge Again

We reached the drop zone. The instructor reached behind me and opened the door. My heartrate must have doubled if not tripled. There I was on the edge. Because I was the last one in I would be the first one out. That meant I was right at the door of this relatively small aircraft. It was an edge.

Even though I was in a parachute, even though I was going to throw myself out of this airplane in just a few moments, I was scared to death. The order to jump could not come quickly enough. And when it did I did not hesitate for a moment. I knew the only way to get off that edge was to get out of that plane.

I leaped from the plane, waited ten seconds and then pulled the rip cord. A feeling of peace rushed through my body. Suddenly I was no longer on the edge. Instead I was safe and secure in a parachute harness floating toward the ground.

The man on the ground guided me skillfully to the landing zone and I touched down so softly it was like stepping off a curb. I was hooked.

The rest of the jumpers landed safely. Some really liked the experience and some said that once was enough. The instructor said they had time to take five more people up if we wanted to go again. I was the first to raise my hand.

This time I made sure I was not the last jumper on the plane. That meant when it came time to jump I could move swiftly to the door and get out without having to pause on the edge.

We got to the drop zone and took the leap. I was the last one out. All of the chutes opened and we were all floating nicely toward mother earth. Then I heard the controller on the ground having problems with one of the jumpers. While the controller was working with that individual I was floating way down range. They had stressed to us that we were to strictly follow the directions of the controller so I did not begin my turns toward the landing strip until he told me to do so.

The problem was that I was now so far away from the appointed place we were to touch down that the controller really couldn’t see what was beneath me. But being a pilot and having a strange sense of discipline in following landing instructions, I turned when he said to turn and flared when he said to flare.

Unfortunately I was too high when he told me to flare. I didn’t realize it then but I sure did seconds later. I was going forward and descending rapidly, too rapidly. When my feet touched the ground some higher-than-expected vegetation grabbed my left foot and yanked it away from my other leg. I heard a snapping sound similar to what a 2×4 makes when it is broken in half.

Except this time it was my leg. I tumbled to the ground and looked down at my leg. Even though I had worn the same jump boots then in use by the United State Army Airborne soldiers, my foot was perpendicular to my leg. It had totally dislocated at the ankle and was turned out so that I was looking at what would be the left side of my left foot rather than the top of my foot.

I laid there for about ten minutes before somebody came to get me in a pickup truck. I managed to get out of my chute rigging and lifted myself onto the bed of the truck.

The nearest hospital that I would be willing to allow treat me was in St. Charles, Missouri. That was at least an hour away. I would not let them remove my boot at the airfield. I was not bleeding and felt I could make it to the hospital without the need for an ambulance.

I got in the passenger seat of my car and left the driving to my son.

Curiously enough the pain had subsided. It was odd because my foot was sort of dangling from the end of my leg. I called ahead to the hospital to let them know I was coming.

Coincidentally the orthopedic surgeon on call that day was a doctor I had worked with on a number of my personal injury cases. I was happy to hear that he would be the one taking care of me.

When we got to the emergency room they put me on a gurney and did an assessment. The ER doctor gave me a shot and then they sent me for an x-ray. They returned me to the ER.

The doctor stood at the end of the gurney and looked at me. I was propped up on my left elbow looking back at him.  “Are you a heavy drinker?” he asked.

Now I though that was strange question to ask at that particular time. What did that have to do with anything and what was his definition of a heavy drinker? So I hedged a little bit and said,  “Not really. Why?”

He said, “Well we gave you enough Demerol to bring down an elephant and you should be asleep by now. We also gave you some versed. That affects your short-term memory so you won’t remember this.”

He then took my left foot in his hands and put it back into position. I do remember him doing it but I must confess it still did not hurt.

The x-ray came back showing I had a trimalleolar fracture. Basically that refers to a three-part fracture of the ankle. The fractures involve the medial malleolus, the posterior aspect of the tibial plafond (referred to as the posterior malleolus) and the lateral malleolus.

The surgery required ten screws and a steel plate to be inserted into the bones in my leg. The recovery period was about six weeks.

It was fifteen years before I made my next jump. That was in Russia with their Special Forces (Spetsnaz) and is a whole different story for another time. And, yes, I am still afraid of edges.

If you think I can add value to your event by being your after dinner speaker, contact me.