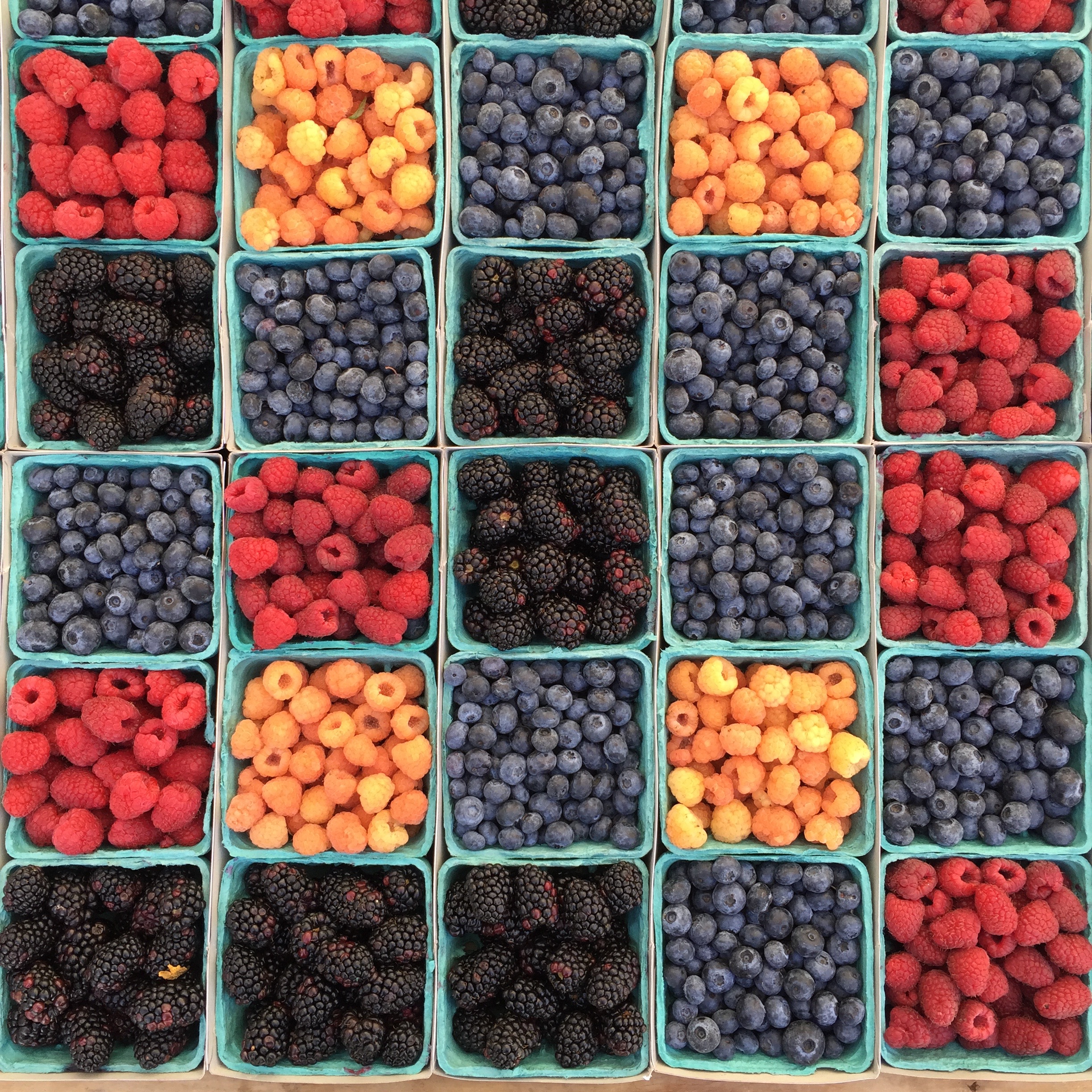 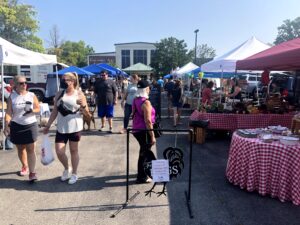 The lovely Rebecca surveying the goods

Today’s adventure started out with a trip to the St. Charles Farmers Market. The lovely Rebecca and I headed out first thing to see if we could score something good. This was our first time to the farmers market in St. Charles since we moved here last November.  It turned out to be a good experience.

There were plenty of different vendors selling various items of produce, honey products and assorted items that you probably don’t need but when you see them at the market you think, “Hey maybe I’ll get one of those.”

St. Charles is not under a mask mandate right now and almost no one had a mask on. It is also a center of people who did not want to get the vaccine for whatever reason, so it is impossible to tell who is safe and who is not. We are both vaccinated and since it was outdoors did not feel the need to wear a mask.

We came away with some sweet corn and heirloom tomatoes. That was worth the trip. 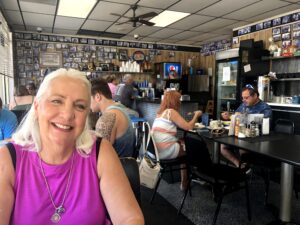 By then it was time for breakfast, so we headed to one of the hidden but popular diners in St. Charles. That would be Alin’s Diner. This is one of those places that is all too quickly disappearing from our lives. Now it seems people would rather go to a chain or simply drive-thru restaurants and not even have the diner experience.

I’ve been going to Alin’s for years. It brings back good feelings from days gone by. I know my father and I would go to different diners when I was a kid. And the there was the famous Minute Inn of college days. This was where the guys would go after we dropped our dates off. This was back in the days when female students had curfews.

The guys, usually drunk because it helped to be drunk at the Minute Inn, would come in and line up behind the six or so stools that were at the counter. There were a few seats at booths.  But generally you would sit at the counter.

If three of you came in together you might not always get a seat at the same time. You just ate when your turn came and if you were finished before your friends you waited outside. Nobody lingered at the counter after they finished eating. It was almost always crowded at that time of night.

The Minute Inn was owned by a guy named Rex who was quit a figure. He also worked there as a cook. He would stand at the grill in his beater shirt, two day old beard and cigarette hanging out of his mouth and prepare what seemed at that moment the best breakfast food in the world. He was right out of Central Casting for short order cooks.

After breakfast Rebecca and I headed to the next adventure, having a new leather strap made for a mirror that hangs in the powder room at the house. The nice man at Sole Survivor in Maplewood said he could knock it out in fifteen minutes. Rather than stand around we moseyed down the street to Penzey’s, our favorite spice shop. I picked up some saffron with the idea of making a Paella soon.

We went back to the leather store, picked up the strap and headed home.

It may all seem so simple. These are either tasks or opportunities. It really comes down to how you look at things. I like to look at these things as adventures. It makes them fun rather than being an obligation.