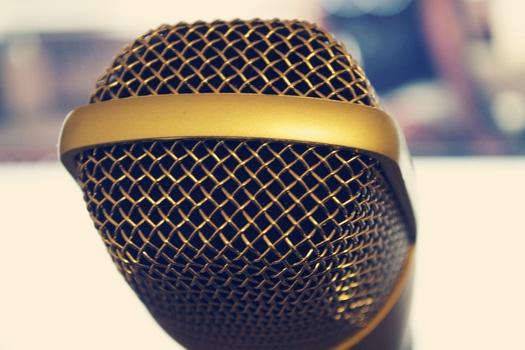 Speaking the Truth About You

As a keynote speaker I have the opportunity to address many different groups across the country. My message as a speaker is consistent. First of all, I believe that the job of a speaker is to educate, inspire and entertain. If I can’t do all three I am not doing my job as a speaker.

For years it has bothered me when I see people who are not living up to their potential because they are afraid. Unwarranted fear is a terrible thing to have. There are certainly fears that are necessary. In fact, since self-preservation is our strongest urge, it is natural to have fear. If you are in a burning building you run out because you are in fear of burning up with the building. That is reasonable fear. Worrying about what somebody thinks of you is not reasonable fear.

As a coach, and a speaker, I address the issues of unreasonable fears that people have. None is more prevalent than the concern over what other people are thinking. I have seen men and women almost obsessed with worry over what someone else is saying about them.

As a speaker I want people talking about me. Sure, I want them to say good things about my speaking abilities. However, I am not able to do anything more as a speaker than the best I can. I recognize that there may be somebody out there who does not appreciate my efforts. What another person thinks, or says, does not make it true. And remember when someone is speaking ill of you, they are at least taking notice of you.

Now there are three groups of people in the world where you are concerned. The first group is the people you know to be your friends. They are with you through thick and thin. They know you. They like you. They have your back.

That group of people is not going to believe any falsehood that is put out about you. They know you to the core. If a person is spreading lies about you your friends will immediately recognize the lies for what they are. So you are not diminished in the eyes of your friends.

The next group of people are those who adamantly do not like you. It doesn’t matter who you are or how great you are there are people on the face of this earth who will not like you. There may only be a few, but they will be there.

I like to say, “Be thankful for your haters. It means you have achieved a certain level of success and they are simply jealous of it.”

So no matter what is said to those people they are not going to like you anyway. The lie that is being spread about you is not going to diminish you in their eyes because they already do not like you. They already think the worst about you. Nothing is going to make them like you. The person who speaks ill of you to them is simply affirming what they already believe to be the truth.

Political scientists will tell you that it is almost impossible to change a person’s opinion about a political candidate. Try as they might, if a voter starts out not liking a candidate, most of the time it is a waste of money and effort to try and change their mind.

So then this second group of people, your enemies, is never going to change their mind. Accept it. They don’t like you and probably never will. Who cares? Why would you care? Nobody is liked by everybody. You are not going to be the first person in the history of the world to change that. Pick another goal!

I speak to many different groups of people. And afterwards I will speak to one of the audience members individually who wants to tell me a story about how one of their detractors is saying something bad about them. I don’t know this person. I don’t know the person saying the bad things about them. Yet they insist on telling me all the details of what is being said.

And thus, the third group of people in your life. That is actually the biggest group. This is the group of people who do not know you. And you might as well accept this fact now. They don’t think about you ever unless you are standing right in front of them. And with today’s technology and people so obsessed with their cell phones, they might not even be thinking about you then.

So let’s say that there is someone out there speaking some untruth about you. Your friends don’t believe it. Your enemies love it. Neither of them changes their attitude about you. So that is a wash in the world of public opinion. No gain, no loss. Your poll numbers haven’t changed.

Well unless you are so important that the rest of the world has to hear everything about you there is to hear (and let me assure you that you are not) nobody else really cares. If the unflattering thing that is being said about you is true, then live with it. The truth is what the truth is. If someone is speaking an untruth about you then it is just that. Your life and your actions will prove it to be a lie. Your words cannot overcome it.

I know this to be true, because if it weren’t you would not be so concerned about what others are saying about you. Think about that for a while.

If you would be open to a conversation about me speaking to your business, group or association, I would love to talk with you.