It Takes A Story Sometimes 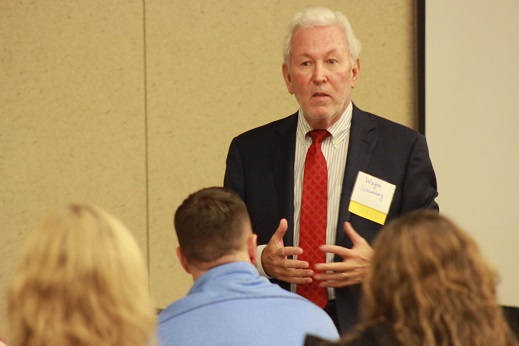 Storytelling is the stock and trade of the successful trial lawyer. It is the hammer that rings the bell. It is trigger that fires the shot. It is the hand that touches the heart.

Storytelling is not for the trial lawyer alone. It is a skill that is understood and appreciated by every successful business person and entrepreneur. Storytelling is as old as mankind. It was the first form of communication.

It is so effective in getting a point across when your listener just can’t seem to grasp what you are saying.

Let me give you an example. I was trying to explain to a law client of mine why the inconsistent statements that a witness made were not an issue. The client kept saying, “But he’s lying.”

I kept trying to explain to the client that it wasn’t material to the case and didn’t matter. He did not seem to understand. It was too personal to him. So, I told him a story.

“Imagine,” I said, “that you and I are sitting at the dining room table and the police bust in. And right in the middle of the kitchen table is an ounce of heroin.”

“That would be bad,” he mused.

“Okay, and what if the cop put in his report that he found a red sweatshirt on the floor but it was really a blue sweatshirt”

“The cop would be lying,” he replied.

“Yes, he would,” I said. “but it wouldn’t have anything to do with who had the heroin, now would it? It is not material to the facts as to who possessed the heroin.”

I could have gone on for a long time trying to explain what makes some testimony material while other testimony is not. But with a short, illustrative story I got the job done.

Storytelling forms a bond and that bond will bring you closer to your prospect or your client. That bond will also pay some pretty juicy dividends for a long time to come.