What is Sexual Harassment in the Workplace? 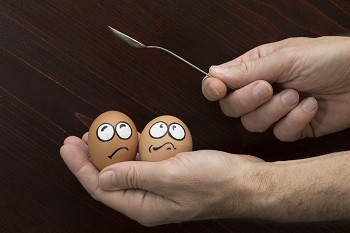 Sexual harassment seems to be the hot topic as of late. As a speaker I teach entrepreneurs how to avoid costly legal mistakes and those budget-busting attorney fees. Let’s talk about sexual harassment for a moment.

Almost every female in America has suffered some form of sexual harassment or sexual discrimination in her life. Sadly, it seems to be a fact of life. All you have to do is pay attention to the #metoo posts that appear on almost every form of social media.

As an entrepreneur coach I notice that the subject seldom comes up. Yet, I know that it is prevalent. For the most part I help my clients reach their full potential in their businesses. We work on plans, executing those plans and staying accountable.

As a speaker, though, I have the opportunity to address the question of sexual harassment to my audiences.

People want to know about the laws dealing with sexual harassment. What is a hostile work environment? Usually these question are focused on the law.

What I tell my audiences is that the law should be considered the minimal accepted standard. Just because conduct does not violate the law does not mean that it is acceptable behavior.

I remember being given a tour of a law office one day. As I walked through the office with one of the senior partners I was appalled at some of the comments he made to the female staff members. He commented on their clothes, their hair and how nice looking they were. I am sure he thought he was being complimentary. I felt that his comments were inappropriate.

None of his comments rose to the level that would violate the law. But at the same time they were such that it could make the women who work for him uncomfortable.

Sexual harassment can be subtle. It isn’t limited to making unwanted sexual advances. Any unwanted comments, suggestions or actions can lead to what is called a hostile work environment.

Keep this in mind. The victim of sexual harassment may not be only the person to whom the comment is directed. It can also apply to anyone who is affected by the behavior.

Lately we have heard the term “locker room talk” thrown around like it is acceptable behavior. It isn’t. If you are in an environment where lewd comments or jokes are being made, it is a hostile work environment.

And the conduct does not only have to affect females. Men are just as vulnerable to sexual harassment and hostile work environments as are women.

Let’s set a higher standard. Rather than simply trying not to violate the law, have respect for others in the workplace. It is, in fact, a place where we want people to be as productive as possible. Do not engage in behavior that makes them uncomfortable.

If you would be interested in me speaking to your group, your employees or your organization, contact me.