You Never Know Who You’ll Meet 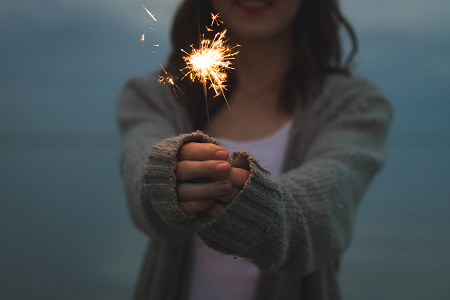 The Sound of Music

When I was in law school I worked as a bartender at a Ramada Inn in Columbia, Missouri. This particular location had what was called the “Music Room.” Bands would come and play in our show room from Tuesday to Saturday night.

Most businessmen traveling through the area, and they were business “men” back then, stayed at the Ramada Inn. It was a nice hotel, there was entertainment, and we had the best looking cocktail waitresses in the region. Not that such a thing would be of any interest to men traveling on the road. Most of our customers were living on other people’s money, i.e., expense accounts. All of us who worked there made good money in tips.

We had a lot of good groups appear as the entertainment. One of which was a group from St. Louis known as “The Facts O’ Life.” They did four sets a night. They would alternate between a set with just music and then a set with some sort of theme or comedy mixed in. Local women flocked to the place when they appeared. The majority of the time the members of the band welcomed them with open arms.

As luck would have it one of my old girlfriends was the food and beverage manager at The Music Room. That is how, with no experience, I got the job as bartender. Her name was Vi. She went on to marry one of the Facts O’ Life.

One of the best times though was when the movies came to town. In 1973 a production company shooting the movie Tom Sawyer took up residence in the motel. This was quite an event. There was an influx of people from movieland including crew and actors.

One of my favorite actors was a man by the name of Warren Oates. He played Muff Potter the town drunk.

Warren was in any number of movies. Some of them were “The Wild Bunch,” “In The Heat of The Night,” and “Dillinger.” He also had a part in “Stripes.”

Warren would come in and sit at the bar where he would consume Brandy Alexanders. Now he never drank a lot but he was a regular and a very good tipper. He had let a scruffy beard grow and did look very much the part of the town drunk.

On slow nights we would chat across the bar. Warren was just a regular guy. He was a good conversationalist and always had a good story. He was born in Kentucky and after serving in the Marines he attended the University of Louisville. He eventually moved to Los Angeles. No matter, though, had a sort of homespun way about him.

It was always nice to see Warren Oates stroll into the room. It was a nice experience to get to know him. I got introduced to any number of the cast members both in and outside of the Music Room.

Some of the others in the movie were Celeste Holm, Lucille Benson and a little 11-year-old young actress by the name of Jodie Foster.

You never know who you are going to meet as you go through life.

An after dinner speaker add value to your event. If you would be open to a conversation about how I can help take your event to the next level of greatness, contact me.