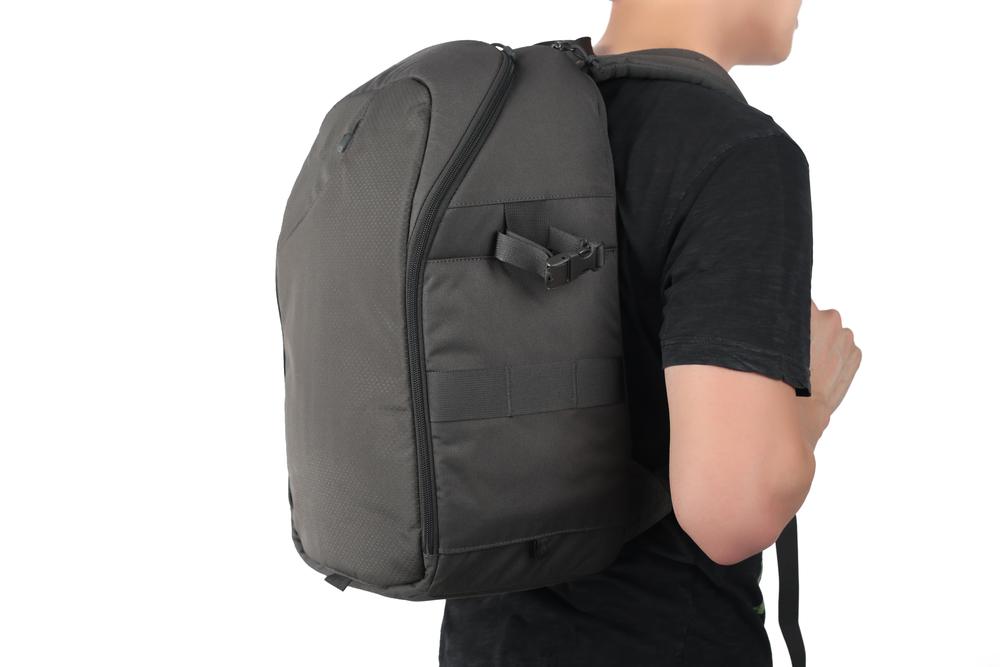 Maybe a script will help

Since my first attempt was less than productive I gave some thought to ways that I might approach people in a less threatening manner. My wife opined that I might seem a little intrusive if I just walked up the strangers and asked to look in their backpack. She pointed out that women might even feel a bit distressed by such an approach. As usual she had some good points.

So I typed out a little statement saying who I was and what I was doing. I planned to walk up to people, excuse myself for bothering them and hand them this little, laminated card for them to read. It ended with the question, “Will you talk with me? I also included my head shot. I thought that might make it a little less threatening. For further validation, I put a screen shot of my website on the other side.

I had to start by going to the local UPS store and have the card prepared. It took just a few minutes to complete. The owner really jumped right to it and was finished in no time. He was, however, rather disappointed when I told him I only wanted three of them. I really only wanted one but felt guilty since he worked so hard. I don’t know what I will do with the other two. Guilt really flies in the face of what I speak about. But, it even affects me sometime.

I live near Washington University. I figured that would be a target rich environment . A University campus should be filled with millennials carrying backpack. I grabbed my backpack (I have taken to using one so as to get into the feeling) and jumped in the car. It was easy to find a good parking place and I headed out to find the backpackers. As I came around the corner to the center of campus I remembered a friend of mine talking about graduation weekend. Oops! The campus was like a ghost town.

My message in my speeches is how to live beyond fear. We all have it. And fear has a direct impact on our performance, productivity and personal satisfaction. One of the things I was going to face was my fear of walking up to complete strangers and asking them to interact with me. I speak to salespeople about the fear of cold calling and explain to them that the best way to get over that fear is to do it over and over again. Now, here I was having to practice what I preach. I love it when that happens to me. It really helps me believe even more in my message.

I strolled around the campus for a while. It really was deserted. I hung out near some buildings hoping some student would emerge carrying a backpack but all I saw were workers taking down the stands from the graduation ceremonies.

Then I saw him. There was male student all the way on the other side of the quadrangle. Two women were walking about three steps behind him I couldn’t tell if they were together or not. But I was going to have to hurry to catch him.

I started to walk as fast as I could, without actually running after them. I closed the distance in about three minutes and finally I was side-by-side with him.

I tell you what happened in the next post.

I really will appreciate your comments on this project. Please feel free to jump in. Let me hear your thoughts, please.