Speaker to Those Who Need 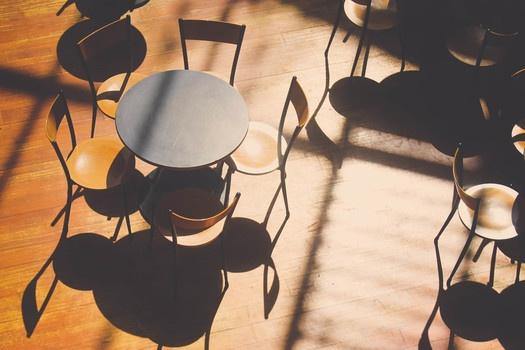 As a speaker I spend a lot of time in airports. No, I am not speaking in airports, although I guess I would if asked. Being a speaker means I have to get out to other cities to spread my message.

Let me clear something up for you here. I am a speaker because I want people to experience the same freedom of thought and enjoyment of life that I am blessed to have. You would be hard-pressed to find somebody happier. It took me a long time to get here but now that I am here I want to bring as many people along as I can.

Being a speaker allows me to spread the word, and see a lot of different places.

So let’s go back to the airport. Today I was in line at a coffee shop in an airport waiting for a flight when I took up a conversation with another man who was also in line. He was seated in a red scooter. You know, the kind that people who have mobility issues use.

He looked in generally good health. I noticed a single crutch with an arm cuff on it tucked away on the scooter. He looked up, we smiled and exchanged a few niceties. He completed his purchase and left.

I placed my order, got my coffee and started for the door when I saw him motion to me from a table. “Join me,” he said, “if you have time.”

As a speaker I get some of my best stories from people I meet in my travels. I saw this as an opportunity. We shared to usual mundane information about who we are, where we reside and what we do for a living. He was a retired prison administrator. His name is Steve.

His disability came up in the conversation when we were sharing stories of our youth. I played soccer. He contracted polio when he was 4.

It was just a matter of fact to him. He never knew anything else. Most sports were just not available to him. He grew up long before there were the accommodations we have today.

He asked me what I speak about. I told him that I am a keynote speaker who inspires people to new levels of confidence by helping them live beyond fear. As we talked he seemed to relax a bit. Our conversation became more personal as he revealed some of his thoughts about growing up with a handicap. And suddenly he was talking to me about his fears.

Like most people he has a fear of public speaking. We laughed about that. So many people tell me how hard it would be to be a speaker. I find it one of the most enjoyable things I do. It was about time for my plane to leave.

“Can I tell you something?” he asked.

“I am a Catholic,” he said. “In our church people are asked to read a lesson in front of the congregation. It is something I have always wanted to do.”

He went on to tell me that he never did because he was afraid to walk in front of the other congregants. He knew it would take him longer than others to walk to the front of the church and he was afraid of what people would be thinking. What a shame.

Since I speak about fear and confidence and coach people on the same subjects I saw this as an opportunity to help Steve out. We took the time to explore his fears. What was it that bothered him?

He said he didn’t want people to notice his disability any more than they did. He didn’t want to call attention to himself. And he felt that the time it would take for him to walk to the front would inconvenience the rest of the people at the service.

Let’s look at those fears. First of all, he is disabled. Anybody who sees him will immediately know this. It is part of who he is. Rather than try to hide his disability he should own it. He isn’t going to change it. People will either like him for who he is, or they won’t. But his fear was isolating him from the possibility of making new friends. By hiding in his seat he missed the opportunity to demonstrate to people that those with disabilities “can do.”

The truth is that his walk to the front of the church would most likely gain the admiration of those in the congregation for his determination and courage. He would be helping those around him realize that disabled people are only inconvenienced, not unable.

I also suggested to him that he speak with his priest and tell him of his wish to be a part of the service. Maybe on that day he could take a place up front, or maybe even at the side of the alter. I am certain that accommodations could be made.

It is stories like this that spur me on as a speaker. I want everyone to learn that they can live beyond fear. When it was time for me to leave, Steve promised me that he would let his wishes be known.